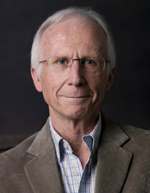 JULIAN SHORT graduated in medicine from the University of Sydney in 1970 and is a fellow of the Royal Australian and New Zealand College of Psychiatrists.  He is a consultant psychiatrist at the Royal North Shore, Mater Misericordiae, Bourke and the Northside Group Hospitals.  He also works as an educator with the Black Dog Institute at the University of New South Wales and provides a consultation and educational service to the Greater Western Area Health Service.  In his private practice, he specialises in the management of affective disorders, low self-esteem and relationship problems.

In addition to practising psychiatry with individuals, Julian works within corporations, attempting to increase efficiency by addressing issues with key staff members regarded as being too valuable to lose, but whose individual difficulties or interpersonal clashes risk sabotaging productivity.  It was in this capacity that Julian was the keynote speaker at Fox Television’s National Geographic management conference in Washington in December 2008 and was guest consultant to senior executives in HR and Marketing for Murdoch organisations in the US and Hong Kong, including National Geographic channel, News Corporation, the New York Post, Dow Jones and AsiaSat in 2008 and 2009.  He has presented at staff development conferences for several Sydney law firms and as a dinner speaker for a variety of organisations.

Julian was a panellist at a conference on ‘Happiness and Its Causes’ with the Dalai Lama in Sydney in 2007 at the Sydney Entertainment Centre.  In November 2010, again at the Entertainment Centre, he spoke on relationships and emotional health during ‘The Mind and It’s Potential’ conference, organised by the Vajrayana Institute.  In June 2011 he was a guest speaker at the NSW branch of the AMA conference in Europe.

Julian is the author of ‘An Intelligent Life. A Practical Guide to Relationships, Intimacy and Self-Esteem’ which has sold more than 20,000 copies since it was published by Random House Australia in 2005.  The same book was produced by HarperCollins as ‘A Model for Living’ in the United Kingdom in 2009 and subsequently translated into Japanese, Russian and Indonesian.